bear with me in this post folks, I have had a lot of chocolate

As you may have spotted

I'm a pretty entrenched source modder/modeler. I think I only did this because I saw some of the awesome stuff people were making on Interlopers and because I wanted to make models and maps for L4D when it was booming. That and the fact that the SDK was free pretty much tipped my hand.

I have worked with other engines briefly in my earlier days when I was modeling really bad models for really bad games being made by really bad dev teams. One project took me through 3D Game Studio (HORRIBLE), Torque3D (AWESOME) and a few others I forgot about. Recently I have also worked with Wolfire's phoenix engine which was awesome and I plan on using it exclusively if they release it.

This week I decided to try out the UDK after seeing all the pretty screenshots people have managed to get out of it, and after hammer and studiomdl.exe combined forces to send me into an uncontrollable fit of rage. Well folks, god damn. God. Damn. I can't even think of a witty caption to describe just how much more I like UDK. Just to be clear, Hammer hates me and the feeling is mutual. Every time I try to learn how to use hammer, I come out the other side with blood pressure like a hyperbaric chamber and a desire to defenestrate my monitor. We do not get along.

The UDK map editor, however,

Made me want to explore it. I watched some tutorials (which were a: easy to find, b: mostly up to date and c: maintained by the developers of the engine. All features you won't find in valves documentation. And don't VDC me, the VDC is about as understandable as the poo smears of a demented monkey on smack.) and I immediately started to make a map that looked nicer than anything I ever created in source.

I also decided to make a model to see how the blender pipeline would work. 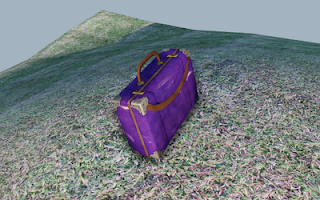 Just to put this in perspective, it took me somewhere between a week and ten days to get my first model into source. Granted I was pretty new to engine modding then, but this model took me about an hour. The learning curve was so slight solid helium would hardly slide down it. The material editor is nothing short of awesome, considering I used to use MapZone for textures and blenders node compositor, the layout was easy to grasp, albeit the node names are kinda wierd.

I think it was about the late nineties when drag and drop became the norm for interface accessibility. Source SDK has **no** drag and drop. Everything is imported and exported using backdoor and commandline tools that may or may not break your asset, mod or even themselves if you aren't the dude who programmed them. UDK is just drag-and-drop-a-licious.

So anyway enough gushing, I could hate on source all day, hell I have spent the last two years hating on source, but it won't get me anywhere. In my dream of being an indie art developer, modding has very little chance of turning a profit. Mods were a good stepping stone to help me learn how models need to be made for actual games, but I think I'm ready to kick that rock over and jump in the mud now. I'm moving to UDK, fuck source.