Wood textures are a pain in the

Pooper to make look any good. They have long been the bane of the budding texturer, and are the basis of many a specialized program or photoshop plugin. They haunted my dreams for quite some time. But I think I might have found the key concept of wood texture creation.

The key to creating wood textures

Is to stop trying to make it look like wood. Hear me out.

Wood has so many intricacies and details that we don't register seeing. The more we try to make a wood texture look like its real world counterpart, the more it slips into the uncanny valley. Google it. So to combat that unfortunate inevitability just forget about making it look so real.

For starters, forget about woodgrain. That is freakin impossible to paint unless you're some sort of superhero painter. Some base colour variation is ok, but the woodiness all comes from the rest of the texture.

So I guess you want a tutorial or something

We start with a base color, some kind of brown, any shade will do, we'll have to adjust it later anyway. Then we grab a random grungy texture and dump it into the next layer and change it to overlay mode. We up the contrast of the new layer until we have a bit of stark texture variation. Then we go grab a different picture amd do it all again. And that's almost it.

The trick is in the pictures you choose and the modes you use. Have a look how it comes out when set to soft light or value mode, fiddle with the opacity and contrast and saturation. I find the best results come from photo textures that are desaturated and with the contrast hiked a touch. For better base colour variation try blurring the guts out of a texture and setting it to overlay mode. 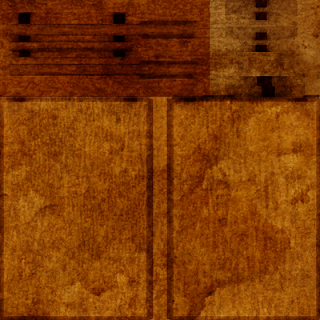 As you can see, the texture doesn't particularly look like wood, but it doesn't look like it's not wood. At least not as much as a texture designed to be wood would. But when you apply it to a model, all the viewer sees is brown and noise, and assuming it's not a major set piece, that's all they'll need to see to see wood. 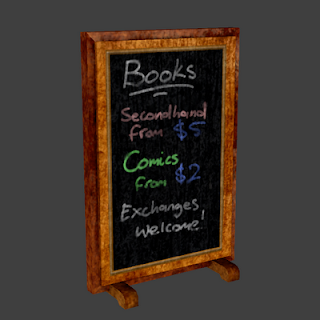 Now that's not all you need to know. Your texture may be passable as wood, but you don't want to let the viewer see a whole mess of your unconvincing wood texture. Otherwise they might notice that they have been duped. Try to populate your model with other texture materials and avoid having gigantic panels of wood. 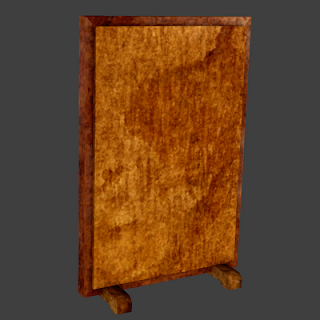 It also helps to know the renderer you will be using, and to add some specular highlights in what would be the high spots. This model is in the HLMV (source engine for the uninitiated) and I have used a greyscale version of the diffuse with the contrast cranked and the brightness down. It is using a cubemap specular reflection and it just helps with suspension of disbelief a little. I may or may not do an actual tutorial on this later. See if the mood takes me.